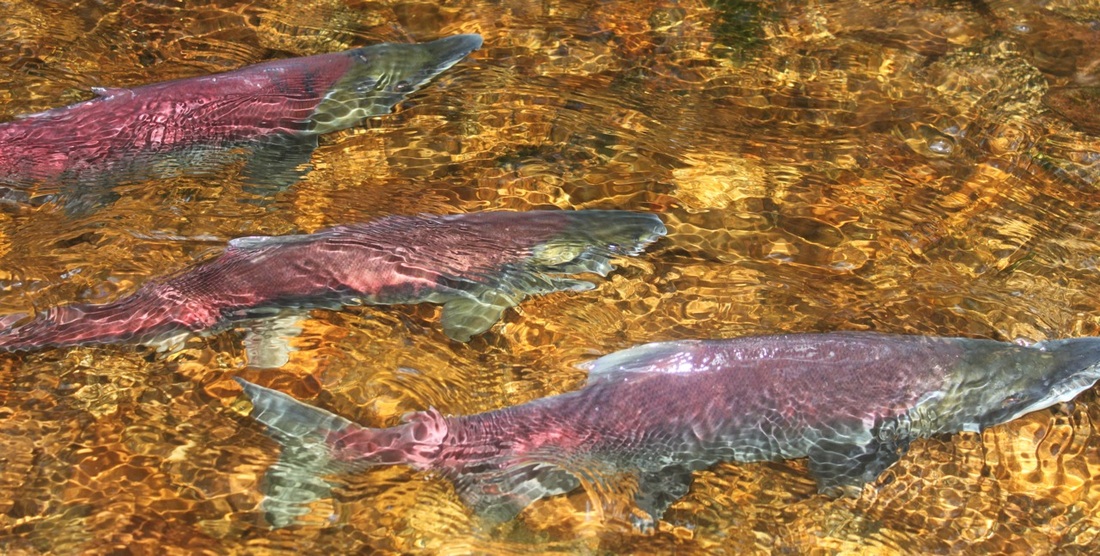 Identification
Adult sockeye are usually 5-12 lbs and measure 20-28 inches; the largest recorded was 17 lb and 33 inches. Non-spawning adults are silvery-blue, lack distinct black spotting. As they mature they take on a silvery-purple tinge; spawning males develop an olive- to bright green head and tail, bright red body and fins, and black snout and upper jaw. They also develop a hooked upper jaw and a hump in front of the dorsal fin. Spawning females take on some of the same colouring but are less vibrant. Some populations take on less vibrant versions of this colouring overall. Click here for an illustrated identification guide for the marine versus freshwater phases of sockeye.

Kokanee are a landlocked form of sockeye and tend to reach a smaller maximum size. They were once categorized as a separate sockeye subspecies; while this is no longer the case, it is important to note that they are not just smaller sockeye.

Habitat & Range
Sockeye salmon are anadromous, meaning they live part of their life in the ocean and part in fresh water. Fry hatch in fresh water (streams, rivers, or sometimes lakes) and usually spend from 1-2 years in fresh water before migrating to the ocean, though some may stay in freshwater for up to 4 years before heading to sea (click here for a Pacific Northwest chum migration map; click here for a distribution comparison with other Pacific salmon species). They spend 2-3 years at sea before returning to spawn in their place of birth. The general Pacific salmon migration pattern is north along the coast, westward out to sea, then south and eastward back to the coast. Sockeye often travel long distances to return to their spawning grounds. Click here for a freshwater distribution map for pink salmon in BC.

Kokanee do not make the journey to the ocean - the are confined to freshwater systems and spend most of their lives in lakes. Kokanee are found in the Pacific Northwest from Oregon to Alaska as well as Yukon Territory. Introductions have been attempted but so far none have been successful.

Human Uses
Pacific salmon have been a vital food source - as well as a central cultural symbol - for coastal First Nations groups for thousands of years, and continue to be a key resource for coastal communities today. Sockeye are the most commercially valuable fish in the Pacific Northwest; the majority of the commercial sockeye catch is canned. Sockeye tend to be elusive and so are also sought by challenge-seeking sport fishermen. Click here for some sockeye-specific recipes.

Intriguing Info
Each kokanee population appears to have evolved separately from a specific sockeye run. Sockeye and kokanee retain clear and inherited morphological, physiological, and behavioural differences, and populations that occur together still remain separate. Despite this separation there are occasions when a kokanee offspring will migrate to sea, or when a sockeye offspring will spend its life in freshwater. 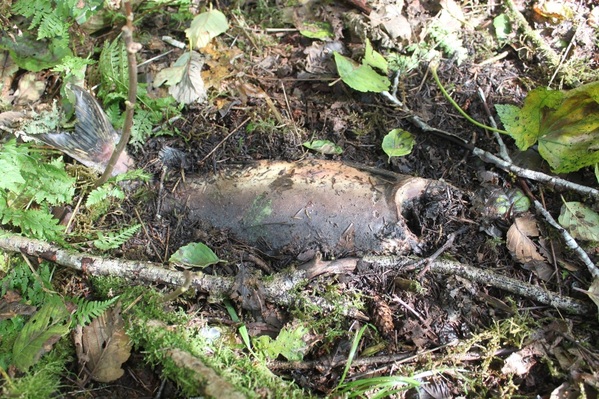